EBN Opens African Market with a Regional Conference in Johannesburg

Recognising the needs of European startups and SMEs to continuously grow internationally, this step comes after the introduction last September of three new EBN overseas representatives. These have been acting as EBN's local offices in China, Canada and India since then.

Nowadays, as recently pointed out by Andrus Ansip, Vice-President of the European Commission, the African market for startups provides great potential for international cooperation and growth. EBN’s members support over 25,000 innovative companies every year which are constantly searching for international development. With this new partnership, they can now seize the various business opportunities in the sub-Saharan African markets with the same guaranteed quality of support offered by EBN’s Business and Innovation Centres (EU|BICs) in Europe.

On this occasion, Edward Meda, EBN representative for sub-Saharan Africa said: “This relationship, the first of its kind, demonstrates clearly the potential of the Africa-Europe partnership, and the potential the EBN network holds. EBN Africa will now make it possible for European businesses to access Africa markets and potential joint-venture partners and vice versa.”

This international partnership will be cemented next December with the organisation of the first ‘EBN sub-Saharan Africa: Innovative SME Conference’ in Johannesburg. This event is expected to gather local business representatives from several Sub-Saharan African countries, including representatives of the various African Governments, and will feature a regional startup competition. The winners of this competition will then be soft-landed into European markets with the help of EBN members in France, United Kingdom, Portugal, Belgium, The Netherlands and others.

Steps for successful thinking in 2019

What does a winning mindset mean to you? It’s what has separated the likes of Tiger…

What a year, and what a final gathering in Maputo, as around 100 women entrepreneurs got…

We need to develop a culture of entrepreneurialism if we hope to set the right course for the African continent.

When it comes to the promise of growth in Africa, progress has become less a question of…

Mavis Nduchwa, a serial, impact driven agripreneur in Botswana empowering local farmers to be the solution to hunger and poverty

A growing interest from consumers in knowing where their food comes from, how it is… 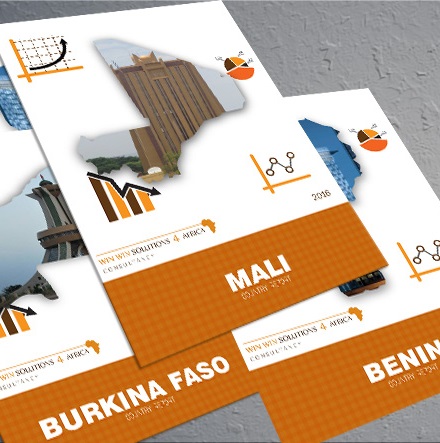